Rose Hill Acquisition Corporation is a US$143 Million Special Purpose Acquisition Company (SPAC) listed on Nasdaq under the ticker ROSEU. Our goal is to partner with one Latin American company to provide growth capital, strategic advisory, and a US listing avenue.

We believe the Rose Hill team’s decades of experience and know-how operating, investing in, and advising public multibillion-dollar companies across Latin America offers great value to private companies interested and seeking a public listing. We are confident that with the SPAC vehicle, the growth path of a diverse base of public-ready and high-growth private companies in the region that may face hurdles when pursuing equity capital through traditional avenues, could be accelerated.

Our firm by the numbers

We know how the industry operates, so we strategically formed a management team and board with extensive experience investing, deal-making, and operating across Latin America, plus sponsors that are experts in the SPAC product and investing in Latin America.

In M&A Experience Across All Major Latin American Markets

Of combined experience investing and transacting in Latin America

Co-Sponsored from our Sponsors, with 13 successful business combinations

Dedicated management team members, along with an infrastructure support of over 30 professionals

Rose Hill provides a U.S. listing opportunity and an injection in capital to businesses that, due to their size and operating geography, would otherwise have significant difficulty in both given the lack of late-stage private capital financing, local capital market inefficiencies, and insufficient access to American markets for Latin American businesses. 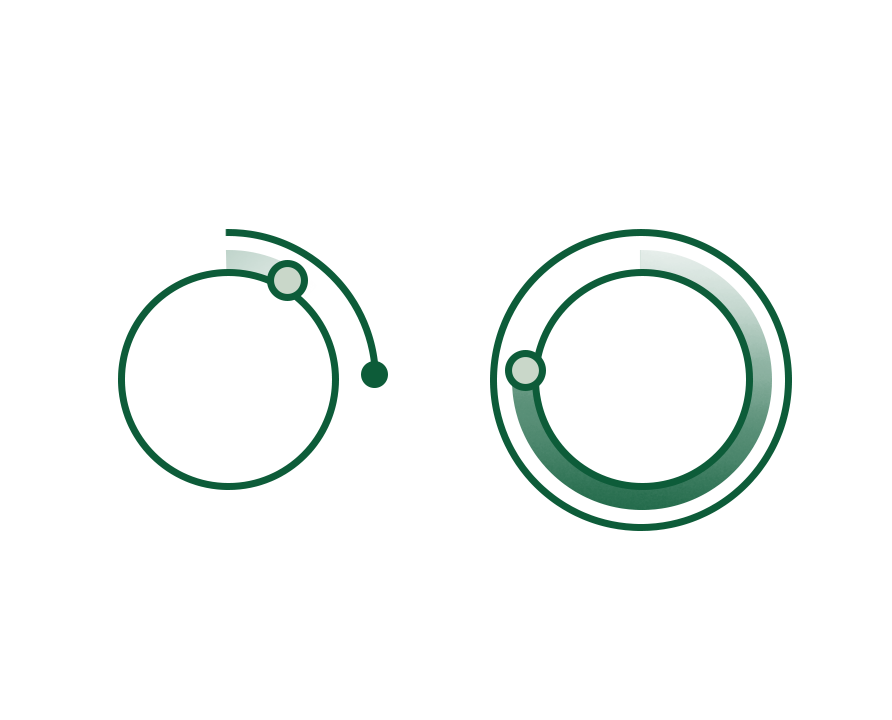 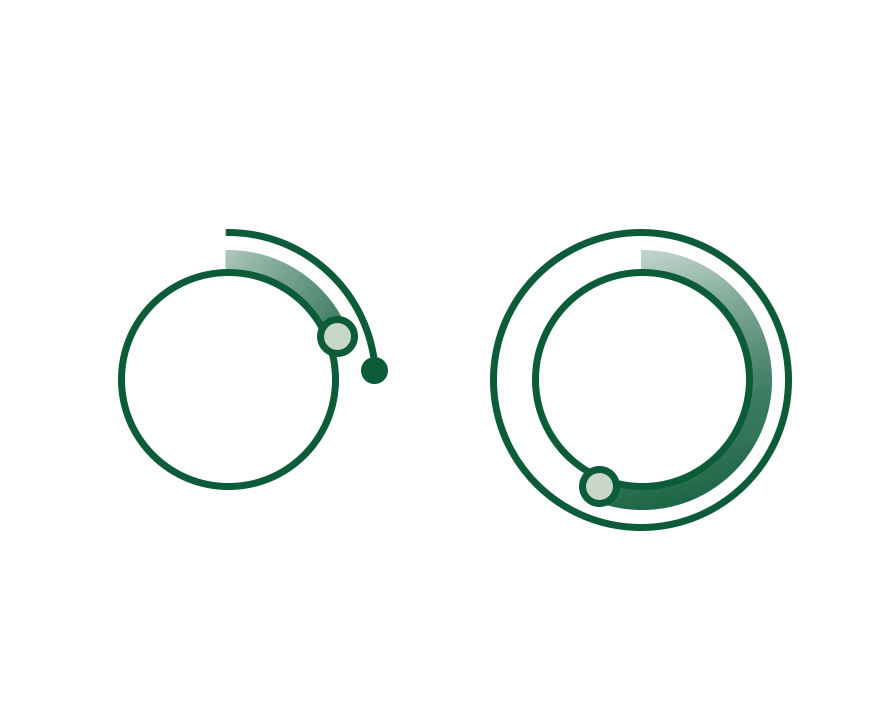 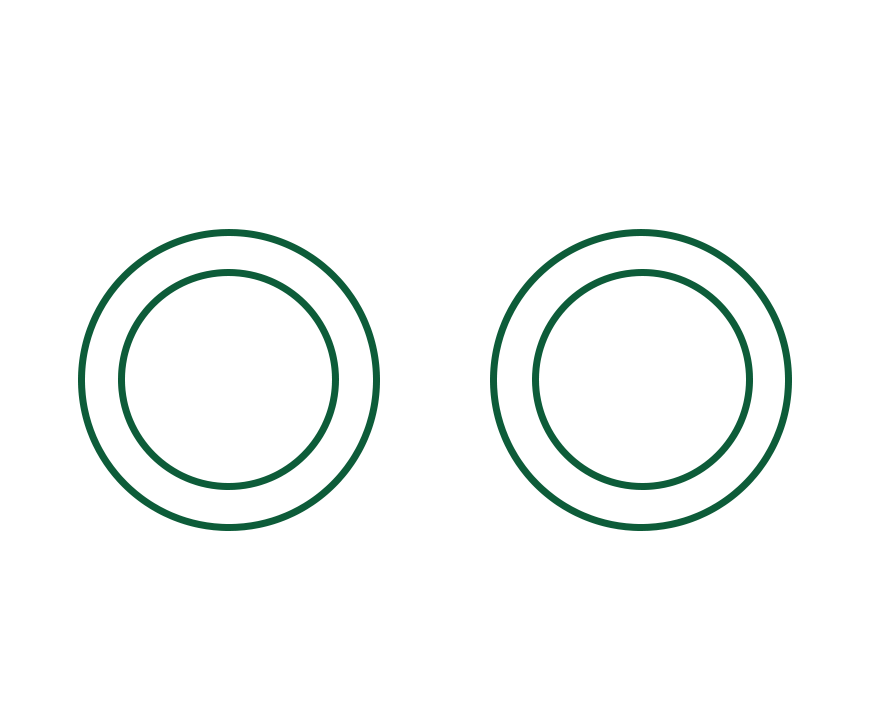 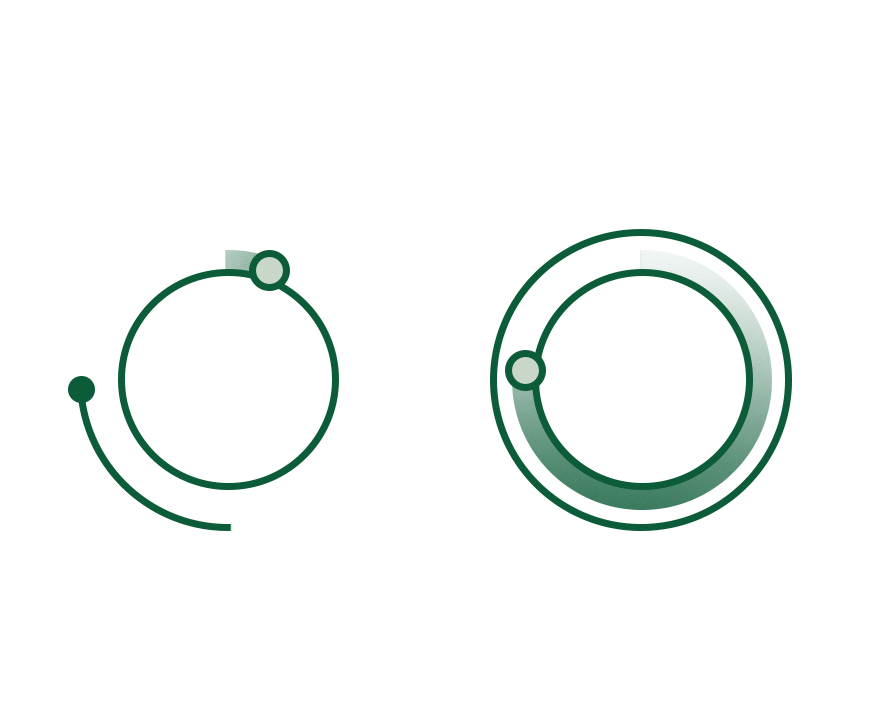 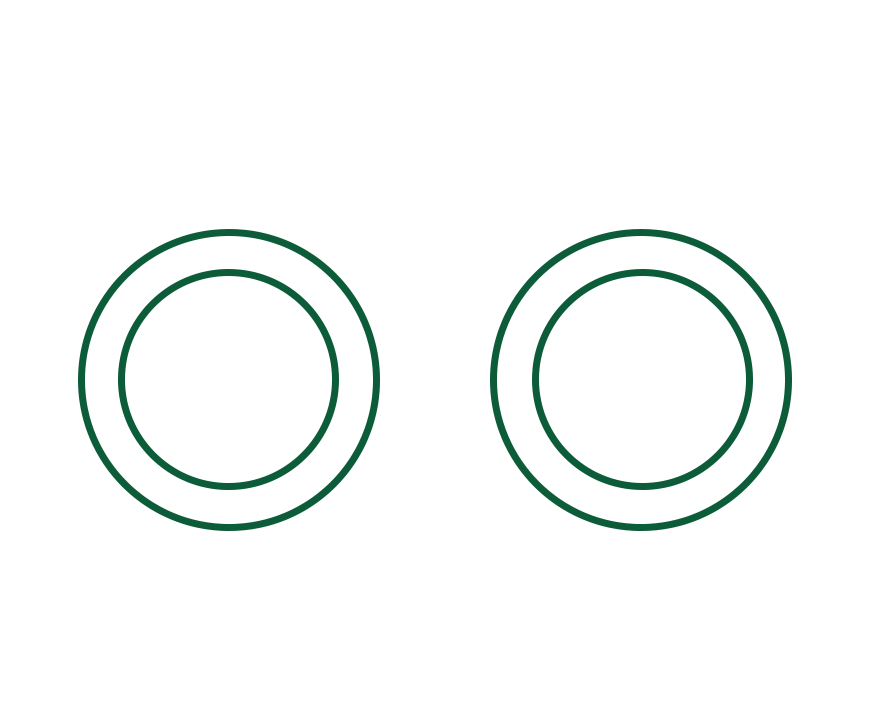 We want to be the best SPAC alternative in Latin America, providing adequate advice and according to the needs and tastes of each company.

To achieve this we seek to acquire an established company with competitive market, which is guided by these 6 factors:

Track record of profitability and operating cash flows with strong fundamentals through the business cycle.

Strong commitment to solving key issues within their communities.

This team stands out for its wide breadth and depth of experience, creating a marked difference in leadership and management 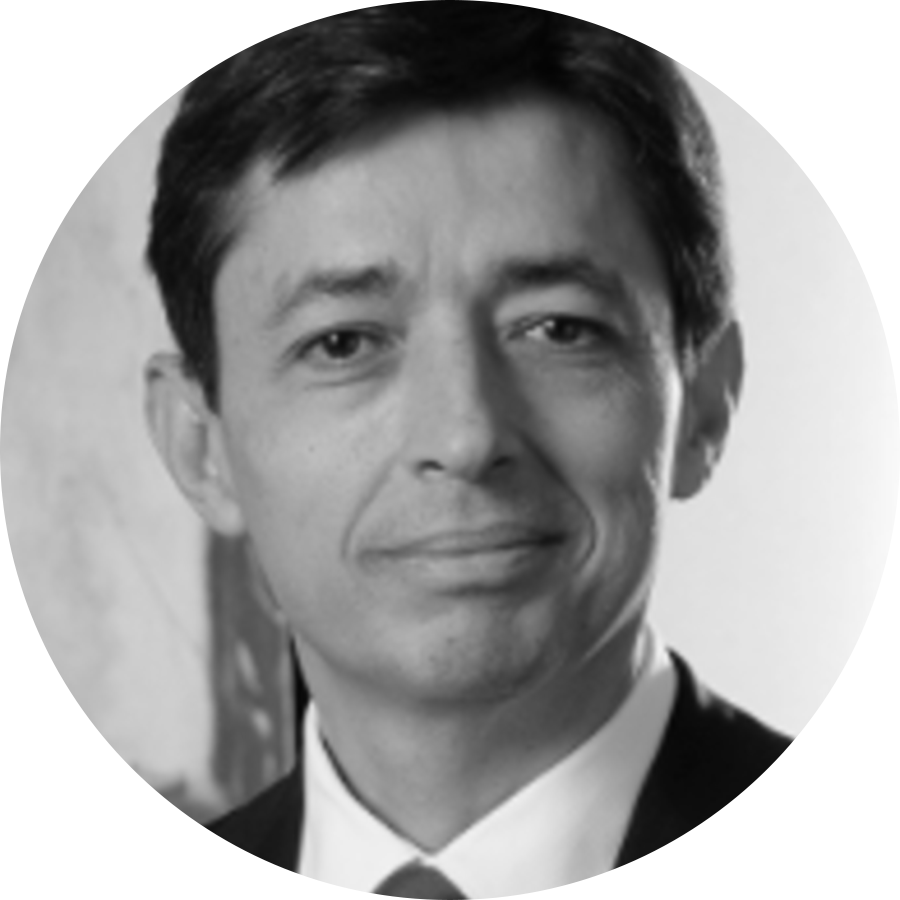 Felipe Canales is currently the Managing partner at FC Financial Consulting since 2017, an M&A, debt restructuring and capital raising firm based in Mexico. He is also an Operating Partner at Advent International since 2018, a global private equity firm with over $150 billion in assets under management. Prior to those roles, he was the Chief Financial Officer of Axtel from 2009 to 2017, a major telecommunications company based in Mexico, with responsibilities for the finance, strategy, legal, and supply chain management functions. He was additionally the Chief Financial Officer of Sigma Alimentos Food Division of Alfa in 2008, a major conglomerate based in Mexico that participates in petrochemicals, auto parts, food, telecommunications, and energy industries. During his 30-year tenure at Grupo Alfa, Felipe additional held the positions of Corporate Treasurer from 1996 to 2007, Head of Corporate Strategy from 1993 to 1995, and other finance and strategy-related positions at Hylsamex, Grupo Alfa’s steel division. 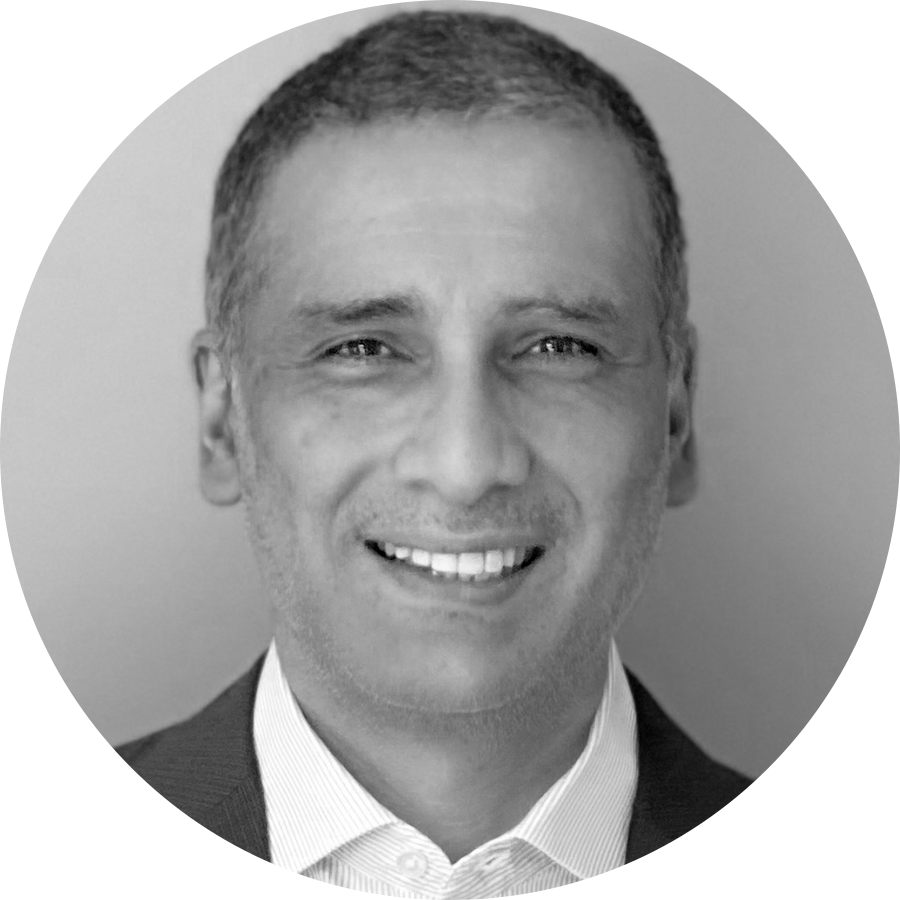 Marco Simental has over 18 years of investment banking experience and more than $80 billion of completed cross-border M&A and capital market transactions in the U.S., Canada and Latin America, including Brazil, Colombia, Mexico and Peru. Since 2020, he has been a Managing Director and Head of Capital Solutions for Infrastructure & Power Finance at Nomura. From 2017 to 2020, was Managing Director and Head of Investment Banking Mexico for Scotiabank. Prior to that, in 2016, he was a Senior Financial Manager in the Consumer Division at Amazon. From 2013 to 2016, he was an Executive Director in the Morgan Stanley Latin American M&A Group, leading Energy M&A coverage in the region. He started his investment banking career in the U.S. in the Natural Resources Group at Lehman Brothers and subsequently with Barclays Capital in New York. He holds a B.A. in Economics from Instituto Tecnologico Autonomo de Mexico, an M.B.A. from the Kenan-Flagler Business School at the University of North Carolina, and an Advanced Finance Executive Program from The Wharton School at the University of Pennsylvania. 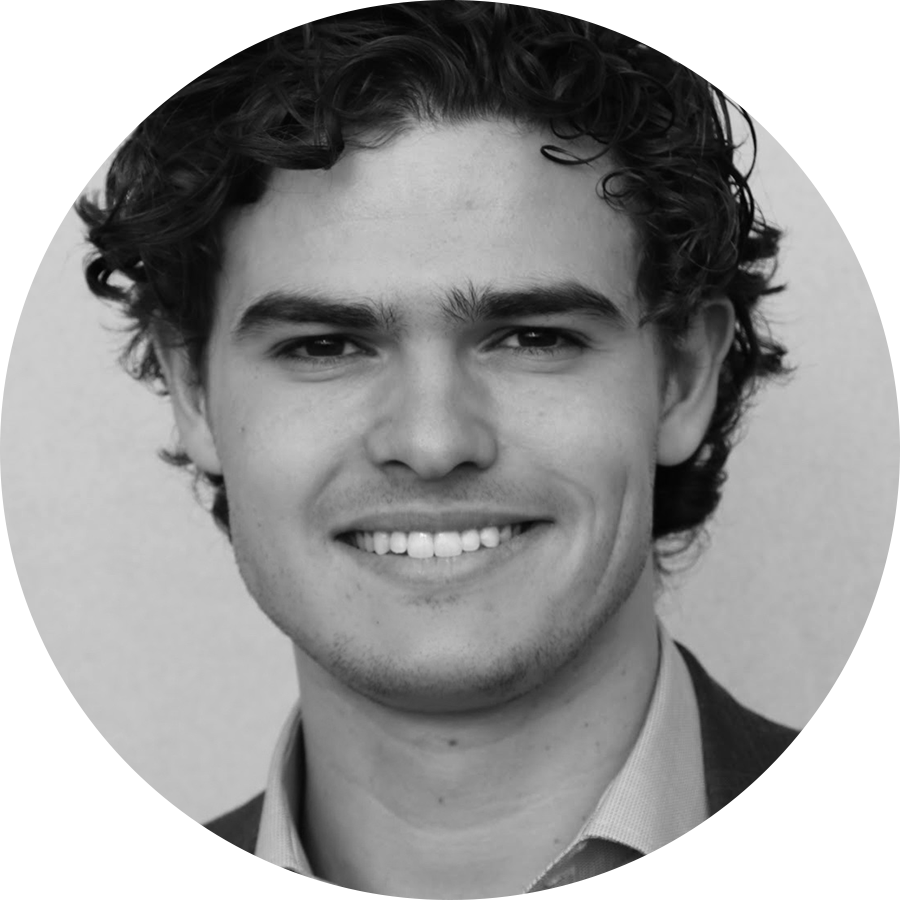 Albert Hill IV provides experience in M&A, as well as SPAC-specific expertise. He most recently worked for Guggenheim Securities in their Biopharmaceutical and Biotechnology investment banking division. During his time at Guggenheim, he completed over $7.6 billion in mergers and acquisitions in the
biopharmaceutical space. Prior to working for Guggenheim, he was first exposed to the SPAC product through his work at Chardan Capital Markets on the underwriting of transactions such as Chardan Healthcare Acquisition Corp. in 2018. In addition to his work experience, he is a former competitive tennis player, having competed in collegiate and professional events across both the United States and Europe. He holds a B.S. in Applied Economics and Management with honors from the SC Johnson College of Business at Cornell University. 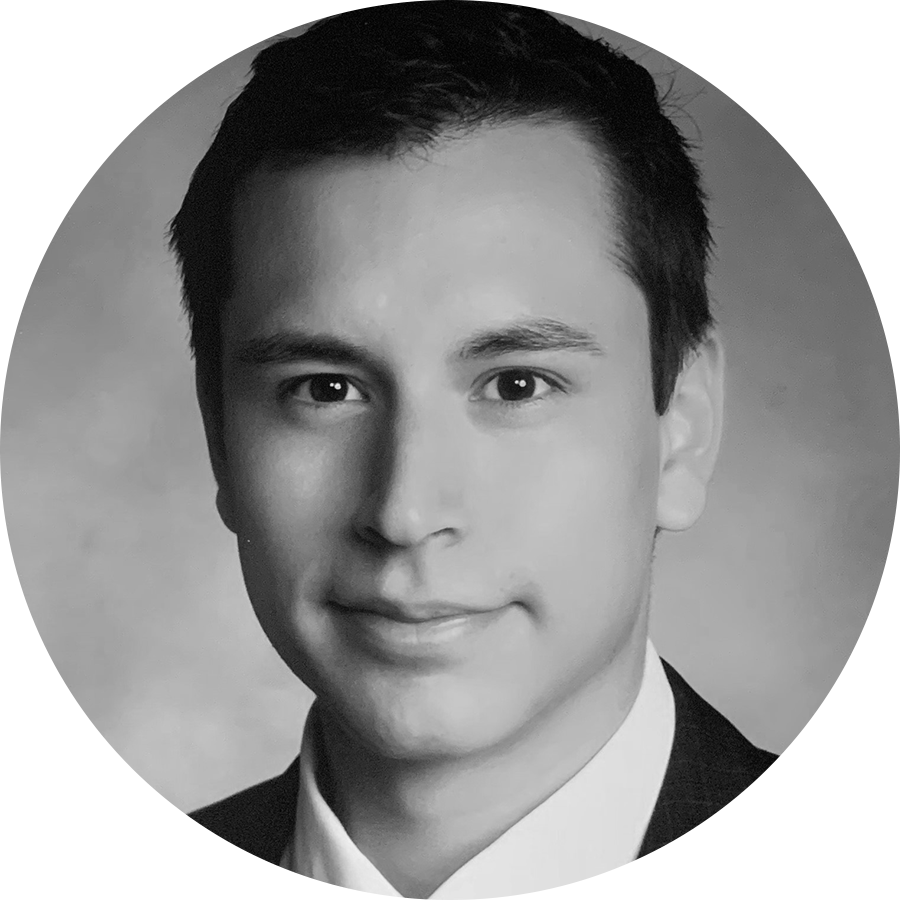 Juan Jose Rosas brings experience underwriting and advising sponsors of SPACs across various industries. He was a former investment banker with Chardan Capital Markets, where he was part of their principal SPAC investments group. He participated in the underwriting and co-sponsoring efforts of SPACs such as Ventoux CCM Acquisition Corp. ($172 million), Quantum FinTech Acquisition Corp. ($201 million), Chardan NexTech Acquisition Corp. ($200 million), and Chardan Healthcare Acquisition Corp. ($70 million), among others. He has successfully advised sponsors and management teams in SPACs targeting the fintech, consumer, healthcare, real estate, hospitality, and TMT sectors in the U.S. He also worked at Point72 Asset Management in 2019. Prior to his business career, He was a former professional athlete, reaching the #20 spot worldwide in junior tennis according to the International Tennis Federation (ITF), and played tournaments such as Junior Wimbledon, Roland Garros, U.S. Open, Australian Open, and Nanjing’s Youth Olympic Games in 2014. He holds a B.S. in Information Science with honors from the Ann S. Bowers College of Computing and Information Science at Cornell University. 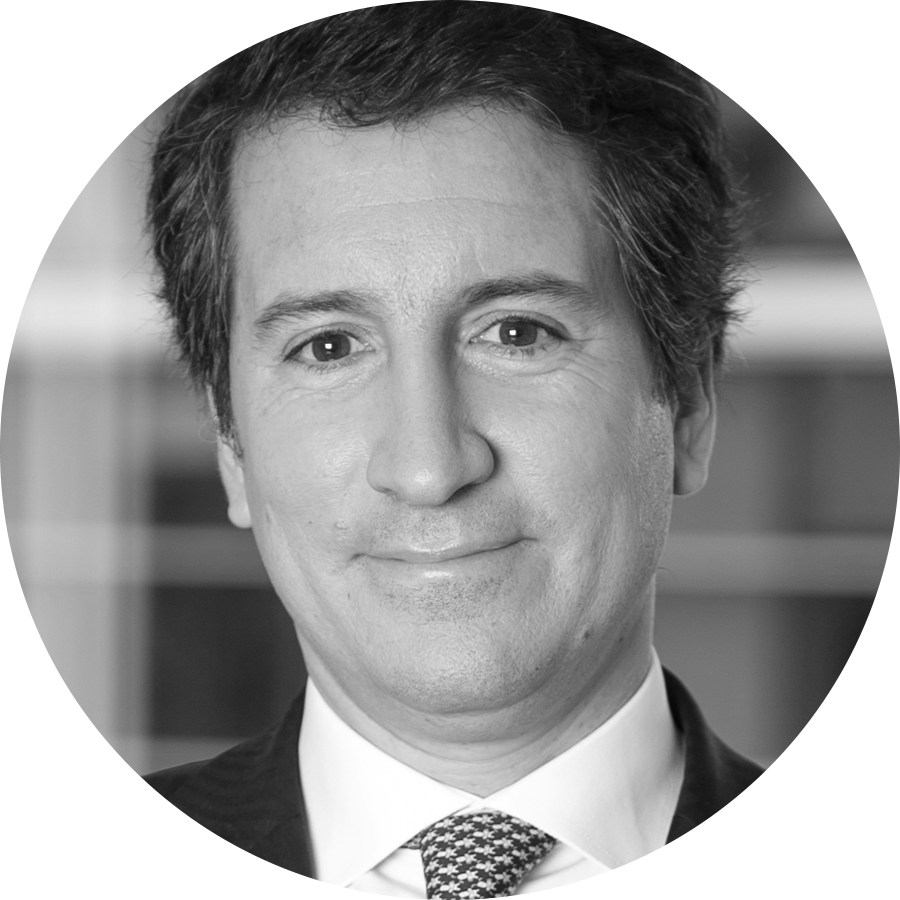 Head of private equity and a Partner at Ameris Capital, strategic investor since 2008. Jose has significantly contributed to the transformation Ameris from a business idea into a leading alternatives asset manager with over $1.5 billion in assets under management and more than 50 investment professionals. He sits on the majority of the investment committees of the asset classes developed by Ameris: private and public equities, private debt, real estate, and infrastructure. He brings deep operational expertise through his active role in Ameris’ portfolio companies, currently serving on the board of directors of AC Perforaciones and Mall Barrio Independencia. Previously, he served on the board of directors of Latin American companies such as RedVoiss, a Chilean provider of voice over protocol internet services, and Acepta, a digital solutions and information security company. Other ventures he has co-founded include ZeroHotel in 2006; NanduAir in 2006, and Financia Capital in 2009. Prior to those ventures, he worked as an equity research analyst at Banco Santander Chile and as a corporate banking associate for Banco Santander Mexico from 2000 to 2003. He holds an MBA from INSEAD-France and was awarded an EGIDE Scholarship by the French Ministry of Foreign Affairs.

stamp to the development of our business. We act responsibly and detect opportunities with standards of excellence, ensuring high quality in the final results. 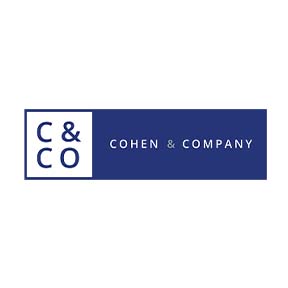 Cohen & Co., a US based asset manager and financial advisor, provides the Rose Hill team with a strong supportive structure, given its relevant know-how in the SPAC space resulting from its impressive record in sponsoring 34 SPACs and completing 13 successful SPAC combinations.

in Assets Under Management,

as part of their broader business strategy 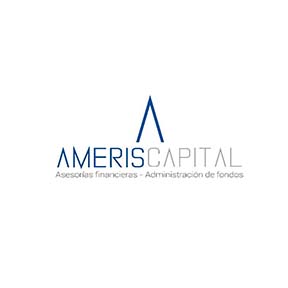 Ameris Capital, a Chilean alternative investments asset manager, complements Cohen & Co.’s strengths through its extensive reach in Latin America, opening up opportunities with institutional investors and companies in the region.

in Assets Under Management.

Funds across the region.

The information on this website shall not constitute a solicitation of a proxy, consent or authorization with respect to any securities or in respect of any transaction. The information on this website shall also not constitute an offer to sell or the solicitation of an offer to buy any securities, nor shall there be any sale of securities in any states or jurisdictions in which such offer, solicitation or sale would be unlawful prior to registration or qualification under the securities laws of any such jurisdiction. No offering of securities shall be made except by means of a prospectus meeting the requirements of section 10 of the Securities Act of 1933, as amended.